Canada is one of the top countries globally, with lots of opportunities for people. Every year, thousands of immigrants come to Canada in the hopes of higher income, better living facilities, and settling in a developed country. Consequently, many new immigrants are arriving in Canada only to find themselves facing challenges in the increasingly growing real estate prices. According to MLS Home Price Index (MLS HPI), the housing prices in Canada have witnessed a stark rise of 2.5 per cent month-over-month, and a record 26.6 per cent rise year-over-year. Likewise, the national average home price in December 2021 reached $713,500, up 17.7 per cent from the same month.

Looking back at the Canada real estate data in 2018, the prices were approximately a third less than they are today.  What will it take to slow down the alarming rate of the Canadian real estate market? With more than one million immigrants expected to enter the country. Will there be any change in the market trend in the coming months?

These are some of the most emerging questions that everyone has in mind.

How Are Immigrants Struggling In The OverPriced Canadian Real Estate Market?

Another statistics data from 2019 revealed that the immigrant’s income is much lower in urban centres, such as Toronto and Vancouver. Furthermore, the data also revealed that Toronto was the worst place to earn a living for immigrants before the coronavirus pandemic. On the other hand, immigrants earn a comparatively median income in Vancouver.

Overall, it is estimated that the immigrants moving to Canada will earn a little more than 13 per cent compared to the average income in Canadian nationwide. However, the Nation Bank of Canada (NBC) suggests that the income is insufficient for prospective immigrants to acquire a house in Toronto and Vancouver. Thus, it will not be wrong to say that the housing affordability crisis hits Canadians and immigrants alike. But the question remains, will the conditions become somewhat stable in the next few years?

In 2020 the federal government of Canada announced a plan to bring in approximately 1.2 million immigrants to boost the country’s economy. In addition, the reports indicate that Ottawa is considering increasing the number of residents this year. Furthermore, the permanent resident arrival admission witnessed the biggest monthly gain in September.

While on the one hand, the decision to accept the arrival of more immigrants in the country seems rational, the lack of housing supply and the alarmingly rising real estate housing rates suggest something else.

Can We Expect a More Expensive Canadian Housing Market in 2022?

According to real estate professionals inc, whether you are a recent immigrant or a Canadian citizen, the rising prices of the real estate market are likely going to happen in 2022. Moreover, the 2022 Canadian Housing Market Outlook Report suggests that Canadian real estate prices could rise up to 9.2 per cent this year. 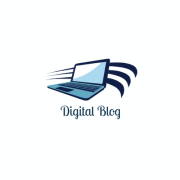 Nancy Rodgers is a writer in the day and reader at night. She is a result-oriented and dedicated Content Writer with exposure to a wide range of technologies and a strong believer in agile product development. She is always willing to learn and explore ways to make the most of the content. Visit Info Ocean Hub or Your Article Store for more blogs

Checkout in Details About Acute Heart Failure & its Treatment

How Do you Advertise a Painting Service?

Read On For Home Buying Tips You Should Know